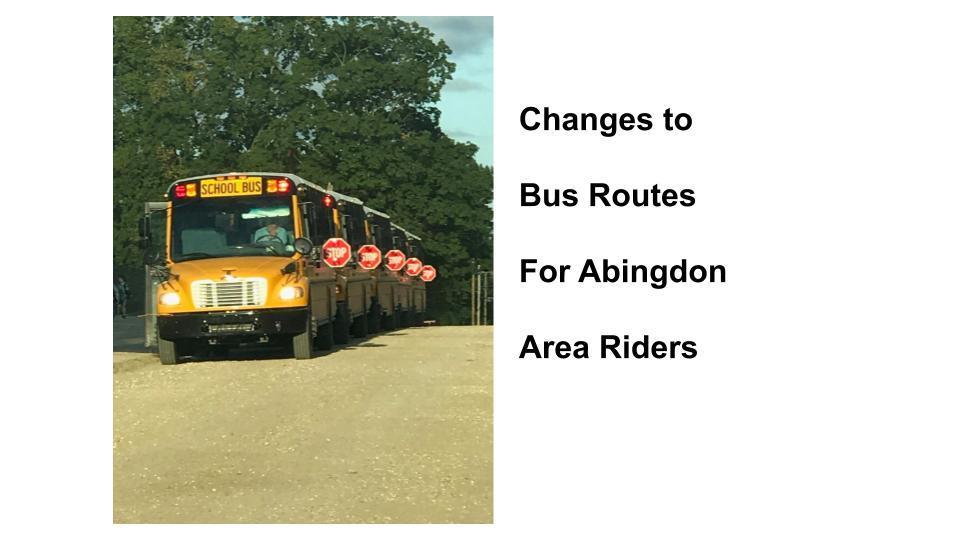 Due to an unexpected retirement and continued Statewide shortage of drivers, bus routes will be changed as described below:

Pick up and drop off times should remain approximately the same, however some may change due to longer routes. These times will be more consistent as drivers get the timing down on their new routes..

North of Martin St. between 41 and the RR tracks,

North of Monmouth St. between Fearing Ave. and the RR tracks,

South of Martin St. from the RR tracks West

Route will remain the same

North of Martin St./Berwick Blacktop from Rt 41 West and NW of Abingdon

Also, Middle School students who want to walk from Hedding will be allowed to ride the bus from the High School to Hedding after school. This is for WALKERS ONLY.

Thank you for your patience and understanding!