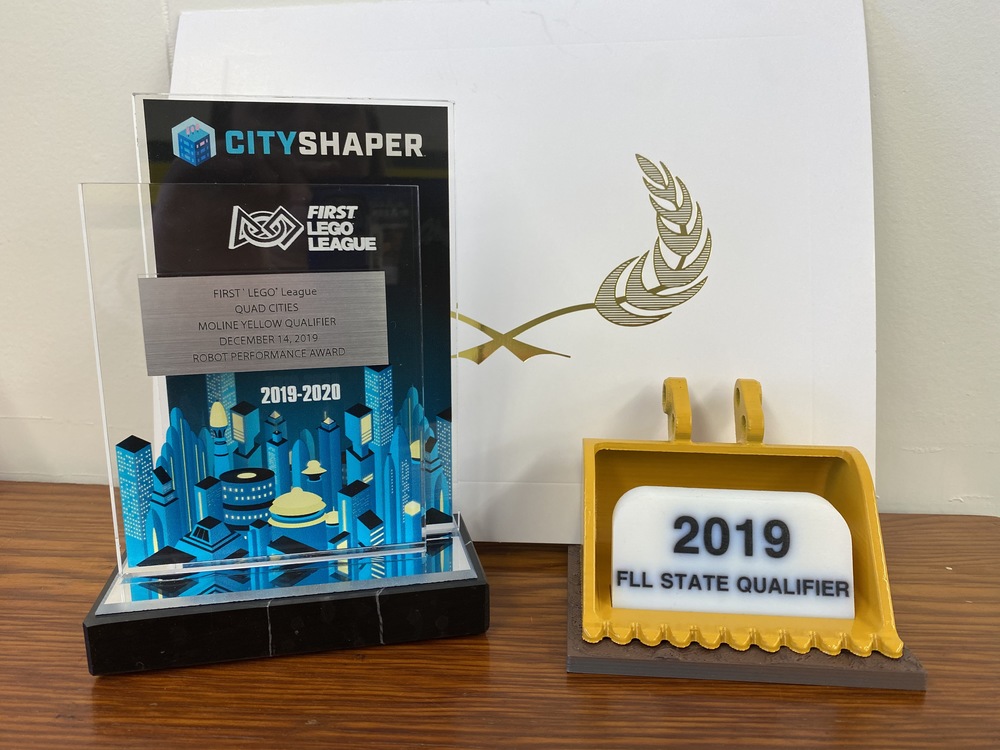 On December 14th, 2019, The Twister Bots (AAMS Robotics Team) traveled to John Deere World Headquarters in Moline to compete in  their Regional Tournament for FIRST Lego League.  The FIRST Lego League program challenges teams to design and build a Lego EV3 robot that can perform a number of tasks on a robot table, complete an innovation project and presentation relating to community, and demonstrate strong core values revolving around the concept of gracious professionalism.  At this competition, four major awards were given out and invitations to the State Championship in January were also presented.  The Twister Bots not only were invited to the State Championship but also received the award for Robot Performance as they scored more points than any of the other 34 teams present.  The tournament is adrenaline-packed and incredibly well put-on by John Deere.  It's just so amazing to see an event that energetically celebrates and uplifts kids who love STEM!

The Twister Bots consists of 10 AAMS students: Nick Prescott, Cole Gray, Tyler Condreay, Tyler Crandall, Emma Larkin, Madison Walter, Connor Wilson, Zylur Combs, Rafael Rasso and Briar Jennings.  A few of these students had some exposure to Lego robotics prior to this experience through their STEM classes and Robot Camp last summer, but none had ever competed in any tournament like this before.  The team is coached by Kaiti and Bob Burgess, who are also rookies. 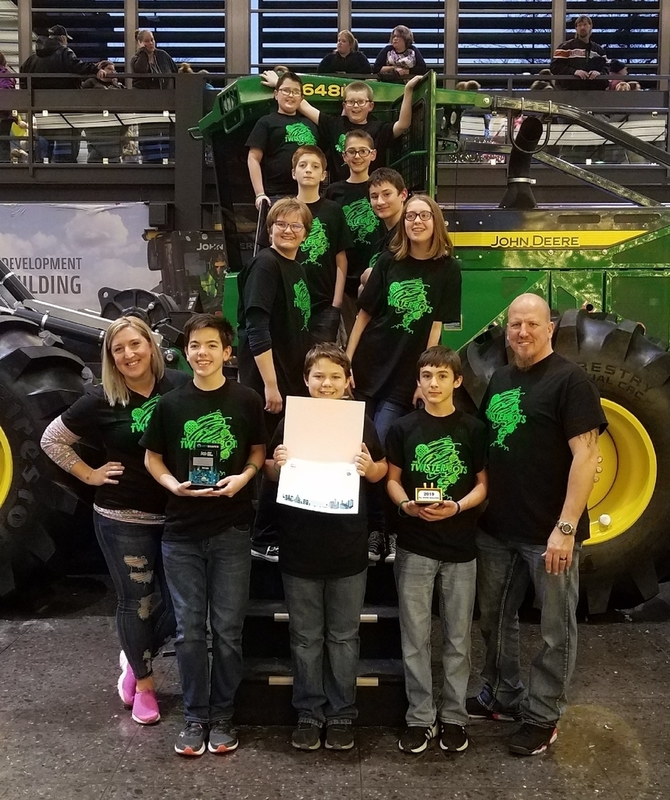