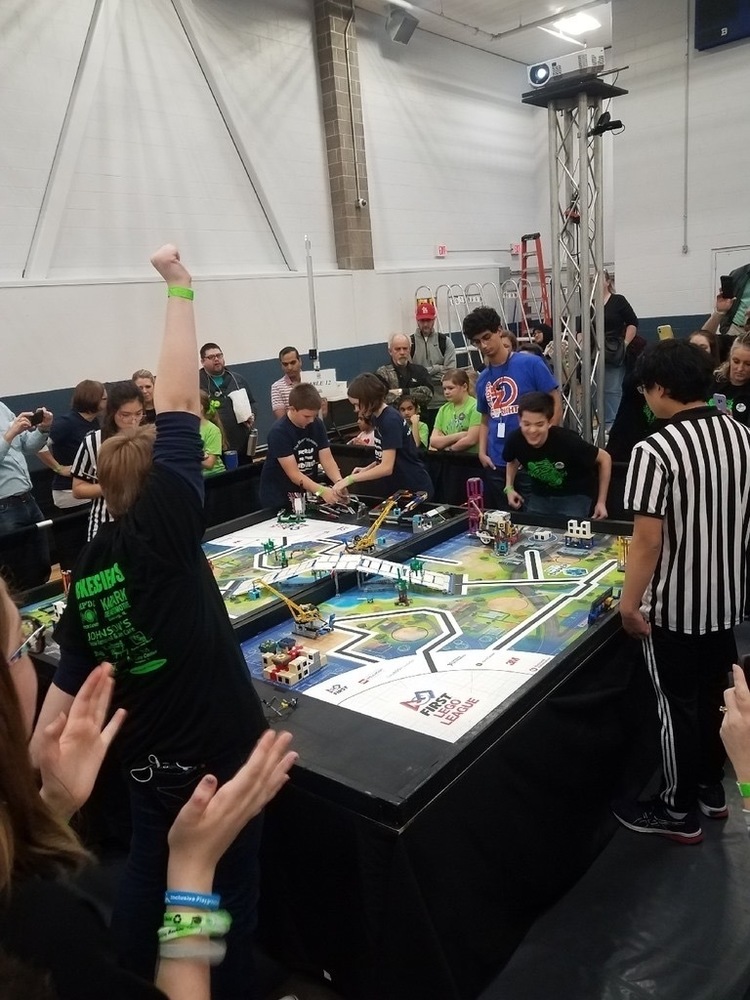 The AAMS Twister Bots are State Champions!  On Saturday, January 25th, our robotics team of super talented 6th-8th graders competed in the First Lego League State Championship at the University of Illinois.  Each team was judged on four categories: Robot Performance, Robot Design, Core Values and Innovation Project. Our team placed 1st in Robot Performance for achieving the highest score on the robot table!  They were also invited to compete in the “Robot Rumble” at Bradley University in March. Only 6 teams were invited to the Rumble out of the whole state!

We are so proud of this rookie team for their accomplishments.  This is a huge win for their first year and we are super excited to see what the future holds.  Thank you to Kaiti and Bob Burgess for coaching the Twister Bots and helping to make this championship a reality for our kids. 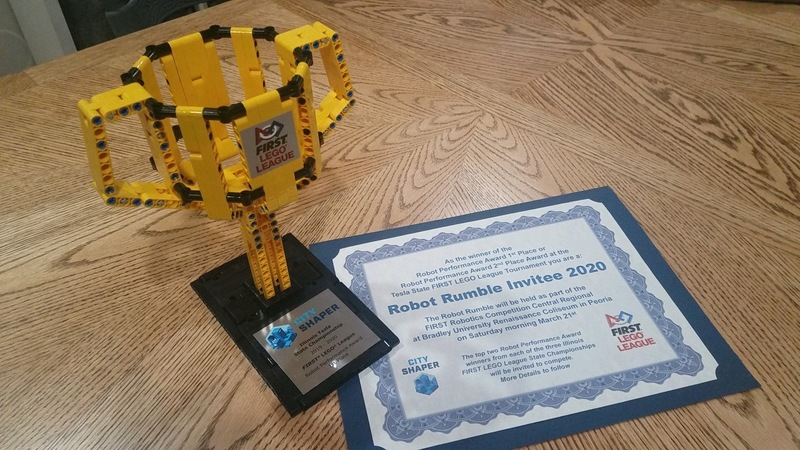